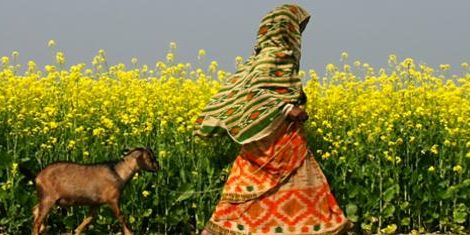 The history of International Women’s Day is our history.

When we aren’t taking action, we aren’t just being passive.
We are missing out.
Missing out on making our contribution to what matters.
Missing out on lighting our own soul-fire.
The fires of the soul aren’t lit in isolation and ignorance about
our fellow human beings and our precious planet.
The soul fire is lit through connecting with LOVE.
That means, reaching out. That means, reaching in.
Taking Informed Action on International Women’s Day If you don’t KNOW what you want to take action on – how about signing a petition that calls for the next UN Women’s World Conference: 5WCW? And plan on joining me there…. If you go to www.ladypeaceproject.com and scroll to the bottom you will find the two petitions I am featuring.
This morning I am typing to you in our rented NY apartment. The women are gathering and the men who support them, the march is starting in New York!
Yours in the Red Thread of Connection,
Maestra Shiloh Sophia

International Women’s Day is celebrated in many countries around the world. It is a day when women are recognized for their achievements without regard to divisions, whether national, ethnic, linguistic, cultural, economic or political. It is an occasion for looking back on past struggles and accomplishments, and more importantly, for looking ahead to the untapped potential and opportunities that await future generations of women.

International Women’s Day first emerged from the activities of labour movements at the turn of the twentieth century in North America and across Europe.

1909: The first National Woman’s Day was observed in the United States on 28 February. The Socialist Party of America designated this day in honour of the 1908 garment workers’ strike in New York, where women protested against working conditions.

1910: The Socialist International, meeting in Copenhagen, established a Women’s Day, international in character, to honour the movement for women’s rights and to build support for achieving universal suffrage for women. The proposal was greeted with unanimous approval by the conference of over 100 women from 17 countries, which included the first three women elected to the Finnish Parliament. No fixed date was selected for the observance.

1911: As a result of the Copenhagen initiative, International Women’s Day was marked for the first time (19 March) in Austria, Denmark, Germany and Switzerland, where more than one million women and men attended rallies. In addition to the right to vote and to hold public office, they demanded women’s rights to work, to vocational training and to an end to discrimination on the job.

1913-1914: International Women’s Day also became a mechanism for protesting World War I. As part of the peace movement, Russian women observed their first International Women’s Day on the last Sunday in February. Elsewhere in Europe, on or around 8 March of the following year, women held rallies either to protest the war or to express solidarity with other activists.

1917: Against the backdrop of the war, women in Russia again chose to protest and strike for ‘Bread and Peace’ on the last Sunday in February (which fell on 8 March on the Gregorian calendar). Four days later, the Czar abdicated and the provisional Government granted women the right to vote.

Since those early years, International Women’s Day has assumed a new global dimension for women in developed and developing countries alike. The growing international women’s movement, which has been strengthened by four global United Nations women’s conferences, has helped make the commemoration a rallying point to build support for women’s rights and participation in the political and economic arenas. Increasingly, International Women’s Day is a time to reflect on progress made, to call for change and to celebrate acts of courage and determination by ordinary women who have played an extraordinary role in the history of their countries and communities.

The United Nations and Gender Equality

The Charter of the United Nations, signed in 1945, was the first international agreement to affirm the principle of equality between women and men. Since then, the UN has helped create a historic legacy of internationally-agreed strategies, standards, programs and goals to advance the status of women worldwide.

Over the years, the UN and its technical agencies have promoted the participation of women as equal partners with men in achieving sustainable development, peace, security, and full respect for human rights. The empowerment of women continues to be a central feature of the UN’s efforts to address social, economic and political challenges across the globe.