What if the Law of Attraction isn’t true…‏

This article was published on Tuesday in Cosmic Cowgirls Magazine, and it caused quite a stir…if you would like to comment with your views, enter the conversation and see what others said, read here. 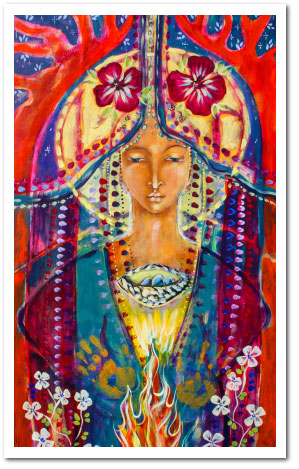 I want to talk about this. Are you up for it. What if I don’t believe the law of attraction is true? What if I think the Law of attraction isn’t true? The thing is, it doesn’t always work. So how can it be called a law and/or a truth? If something is a law, it is supposed to mean that it is true all the time. Unless it isn’t. What if the law of attraction isn’t true at all times? Only sometimes? Would it still be called a Law?
This conversation is an invitation to think for yourself. I have inserted some PROBE lights that you might wish to use to search your own thoughts – and also provided a few of my own strong views on the topic. I am clearly not seeking agreement, but your own inquiry. Oh, you want to know what I want out of the dialogue? Thanks for asking. No, I am not upset but yes, I am HOT on this topic and you might find me using my hands a lot and moving around, but I promise I will try not to use the F word too much. Here’s what I really want. I really want for us to question everything and to stop making assumptive spiritual and culturally popular choices without really testing them out first on ourselves.  Then test the theories out in terms of thinking about others who are suffering. Does it hold up, or no? As the Chief of Cosmic Cowgirls my job is not to provide answers but questions that make us THINK. We are a tribe of creative beings who are willing to do the heavy lifting of removing veils of hidden assumptive beliefs and patterns so that we each might find our own way and when we find something that works, share it with another. (And fyi, my view is inherently built into the argument and I am not taking a partial view nor will I modify my concepts to accommodate other views in this particular dialogue) I always say, what is true for the tree frog is true for me. If the tree frog in Northern California is living in poisoned waters, was that the destiny of that specific tree frog distinct from a tree frog in the Amazon? Is it personal at all or is it collective or is it just the chaos or our human story and destiny. Is the tree frog innocent of the crime? Am I? Or are we all implicated except the animals? What do you think? I think the tree frog was caught in the crossfire of ignorant human behavior – but I don’t think it is her froggy destiny, or mine to be poisoned. It may happen, is happening, and was it destiny? Is it really my story? Or the human story? What is true here? Do you know? I think Truth with capital T is as rare as it gets and perhaps the most valuable unavailable resource on the planet. So is law of attraction true all the time? In both the creating what you want and fearing what you don’t want concepts? Meaning – that if you really want to manifest something, you can make it happen and make your dreams come true….and if you really fear something you are causing it or calling it yourself? So if someone is afraid of getting hit by a car, or raped, or rejected again and again, if it happens, were they responsible for a part or whole of making it happen? I think this: Sometimes, but not all the time. So is it a law or is it a principle of possibility that we attract that which we are focusing on. What about when a hurricane comes, is that a collective attraction? Would the Native Americans or the people of New Orleans or the orphans of the Sudan say that they caused, in some way the tragedy, personally or collectively? What if there is way more randomness than we think?

I actually abhor the thought our fear calls our fears to become real. And yes, I do mean abhor, though I would rarely use that word in any instance. I don’t believe the universe works like that at all. The Universe feels far more intelligent than that from a vibrational standpoint and would be able to discern a fear from a desire in terms of what to bring into my life. But then, do I think the universe is the great dispenser of gifts – anyway? Is it that personal? Or perhaps it is way less personal than we think. Is the universe and impartial judge of delivering good and bad? I think whether one believes in God or not can make an impact on our experience of what comes to us as well. I know that in the spiritual tradition I work with, it is expected that hardship will come, and in fact the reality that it comes means that one is on the RIGHT track instead of the wrong track. It is a common thought these days that if things are lining up for you then you are being supported but if they aren’t flowing you should turn back or that you are doing something wrong. I wonder if Martin Luther King would agree that resistance signals a time to turn back. Do you? What do you think the legends of times past would think about hardship verses flow and ease? Think of people you admire greatly and ask yourself what you think their thoughts were when things went wrong in whatever revolution they happened to be heralding. We all love an easeful flow, and yes it is like that a lot, but when it isn’t, what story are you telling yourself? I remember early in my career trying to make it as an artist, during one very dry spell, a friend said to me: Well it is obvious the universe isn’t supporting you, Shiloh. And I thought to myself – abundance as a reward for good thoughts is not always evidence of being supported by the universe – if that was so, there would be much less of a income disparity amongst our people. Do we really believe that health and wealth are always a result of one soul’s spiritual journey and thoughts – or are there other factors at play? And what about those getting rich off the despair of others as in the case of prostitution and child trafficking. Did that child call that upon themselves through thoughts/family lines/individual karma? If it isn’t true for that child is it true for me? I can create what I want, but meanwhile, they cannot? What is coming up for you? Again, my intent here is to cause you to dig deep in towards what you THINK and to know it and know how to talk about it instead of just accepting someone else’s view including my cardboard sign. What would your cardboard sign say? Perhaps it comes down to what you think of as ’cause’ – less about what you made it mean after it happened, but more, HOW it got there in the first place. Perhaps the biggest evidence I have for the law of attraction being BS as a total law is this. I don’t believe in a law of the universe that makes people feel guilty about what they are not able to create in their lives. In short, working with hundreds of women who are in various stages of illness, breakthrough, breakdown, break up and the tyranny of thinking that everything that befalls them is their fault is the most relentless captive yet  – way worse than self esteem or the critic on her own. No, this is so invasive it is almost cellular because something within us really wants to believe there is a clear obvious reason for everything and that there are not mistakes and that we are cause – as if that will make us feel better. But it doesn’t. Thinking everything happens for a reason does not make the Mother who lost her baby at birth feel better. Thinking that my high school friend who just died and had to say goodbye to her husband and son was supposed to somehow be a part of either creating that or eliminating that didn’t make her feel better and in didn’t work. There are LOTS of positive, great powerful, self expressed people dying, not from drugs and despair, but from the disease we have created on this planet – so at what point does that become personal instead of collective?Jesus says the truth will set you free.
Gloria Steinem says, yes the truth will set you free but first it is going to piss you off.And what do I say, Truths are true all the time or they aren’t a truth.