What would you do with 15 minutes on the world stage? 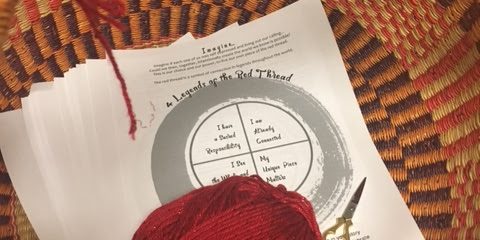 The Red Thread teachings are beings presented at the United Nations Commission on the Status of Women – we thought you might like to share in the connection. Feel free to share a red thread connection with others in your circle. 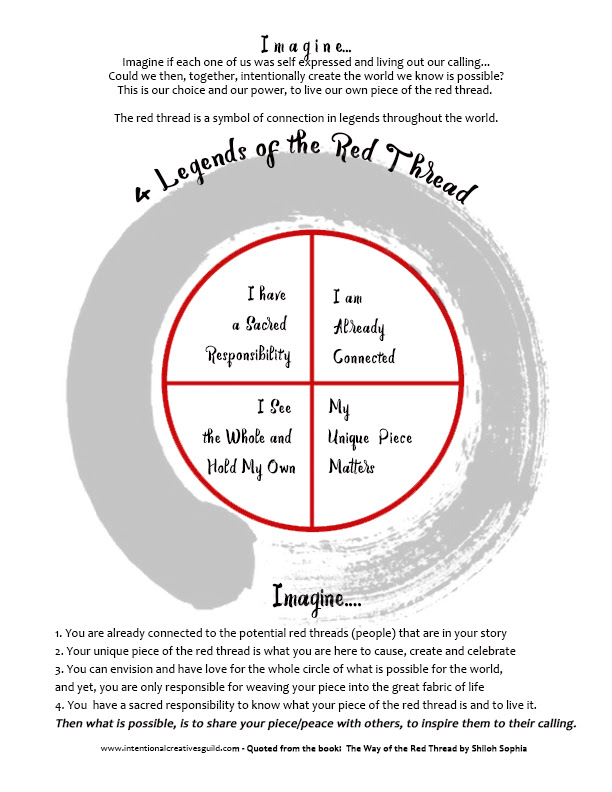 The Red Thread is a global symbol of protection and connection. Something found in many cultures in rituals, ceremony, circles, as well as clothing, blankets, flags, weavings and storytelling. Before the age of the internet, red threads were used in many cultures to represent different teachings, only we didn’t know how wide spread it was and is. A quick search on the internet reveals 40,000 results for red thread. This is a visual symbol that is used on the country level, as in flags, country insignia or banners and on a personal level, mostly in adornment, bracelets, pins, scarves and jewelry worn by women and men and recognizable by others. ‘They have a red thread!‘

In one culture the Red Thread is worn to ward off the evil eye, in another culture, it is worn by women holding space for a child to be born. In one country it represents being connected to those on your path, in another country it represents receiving a blessing. In most of the legends of the red thread, there is a sense of the sacred in the connections, of destiny and showing up for a divine appointment. 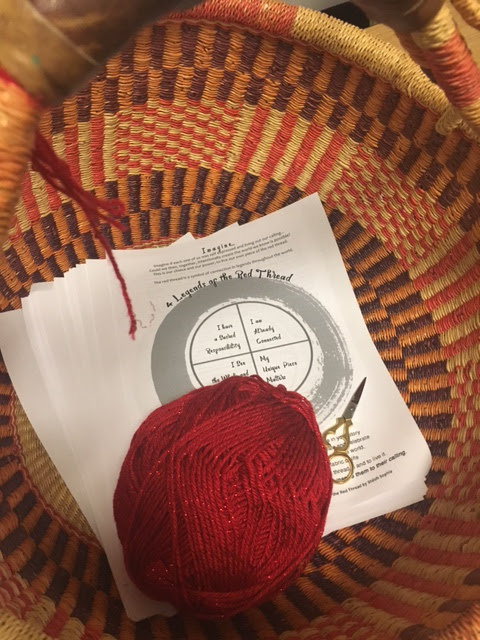 Founder of the Intentional Creatives Guild, Shiloh Sophia says: “One of the things I love about the red thread is that if one can afford and get access to a ball of yarn, you can have material that can be used in hundreds of circles, given and shared freely. Our community carries red thread in our purses, pockets and medicine baskets and hands out red threads as needed. When in a personal connection it can represent your connection with that person. In a random meeting with a stranger across the counter top at a store, or a crowded café, it can represent you reminding them that they have a piece of the red thread that is theirs to weave in the world. In circles it connects each member of the circle who has gathered and give us a chance to witness each other.” Red Thread circles and ceremonies are led throughout the world by many different teachers and spiritual traditions – including at the United Nations both in 59th, 60th and 61st Commission on the Status of Women, by the Intentional Creatives Guild. The Guild leads Red Thread Circles in combination Intentional Creativity® process and practices. See a full listing of classes and circles both in person and online in over 8 countries at www.cosmiccowgirls.com

Shiloh Sophia speaking on why she brings Red Thread to the United Nations: “We bring red thread teachings each year in response to the inquiry: What is most wanted and needed at this time? What can we bring that is most essential to a ‘world stage’ gathering of people who really care about each other and the planet? I feel that when people are serving and leading from their hearts, they not only need to feel connected to each other, but to those that they serve, their beloveds and their reason for doing what they do. We already know we have a piece to hold, but sometimes we can become overwhelmed thinking we alone, have to hold the entire world in our arms. The red thread teaches us we are responsible to hold our part – and to find and encourage others to hold their piece as well. We are here to provide a simple ritual of connection that others can bring back to those that they serve. We are reminded we are not alone and we are all connected.”

Shiloh Sophia learned to lead Red Thread circles in collaboration with North American Native Tribes and has been holding her piece for 25 years with thousands of women worldwide. Her Red Thread Letters blog reaches upwards of 30k in a day where she provides encouragement for the journey. 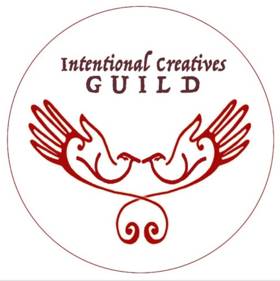