This isn’t a test 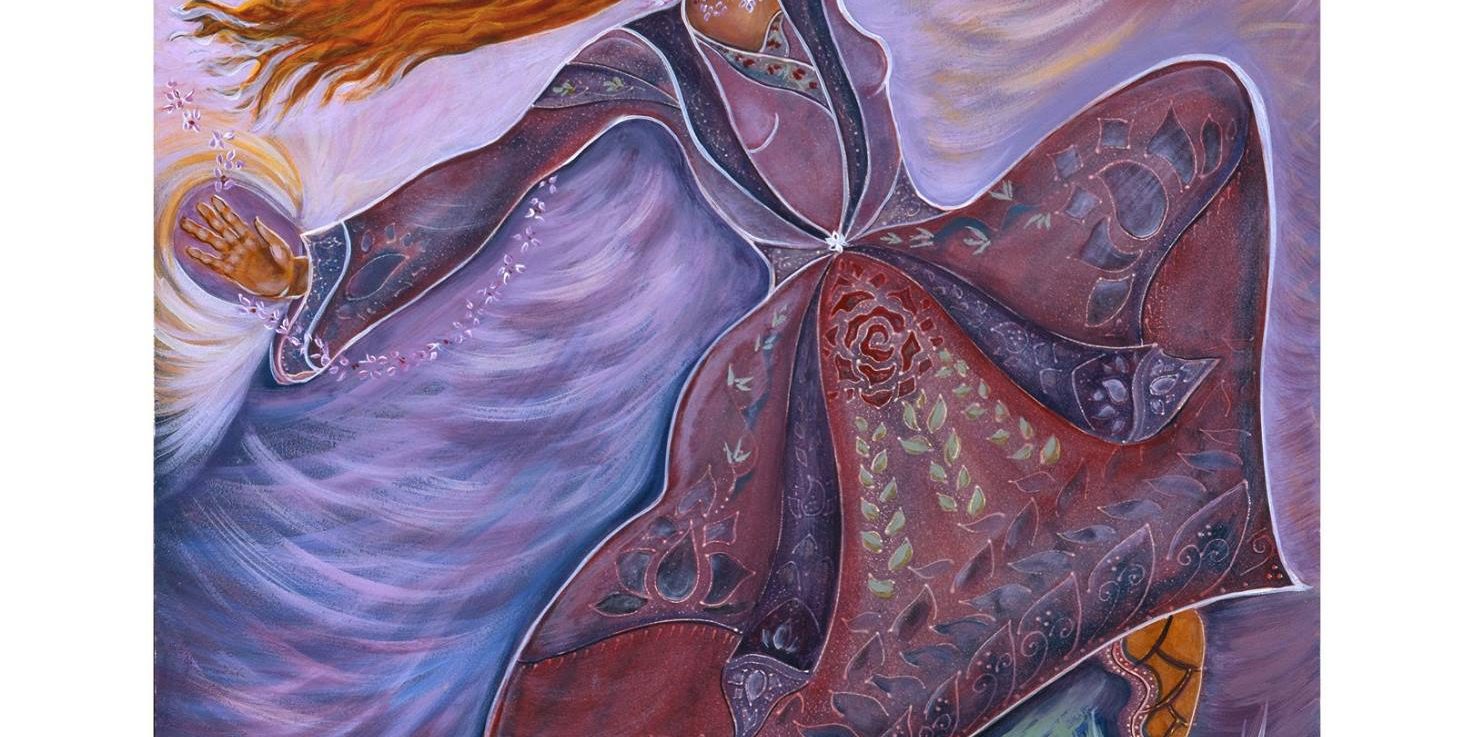 There are no check boxes

that you have already crossed.

No way to fail this.

This isn’t based on who is smarter

and who has more value.

This idea is a dangerous illusion. Painting: Leap of Faith ~ Acrylic on Wood 2004 by Shiloh Sophia

There are no check boxes

that you have already crossed.

No way to fail this.

This isn’t based on who is smarter

and who has more value.

This idea is a dangerous illusion.

This isn’t a race.

There isn’t a starting gate.

There isn’t a finish line.

There isn’t a prize for

There is no where to get to.

Exiting the race may

mean you enjoy this day

This isn’t a game.

There are no other competitors

that you need to beat.

No made up rules by someone

who didn’t have your best interest

at heart. No way to lose.

Even not showing up

This isn’t a game at all.

This isn’t a dress rehearsal.

You don’t need to spend your

you are the best one for the position.

Just being who you are, isn’t easy,

but it guarantees this isn’t a dress

rehearsal that you can fail.

You already got the gig,

the one for which are perfect,

This isn’t a fight.

There is no one to beat up.

There is no referee calling

to win. That doesn’t mean

there aren’t causes to defend.

with bravado and promises

of doom and dread.

It has never turned out well

for us in the end.

Start singing with your

whole heart about this.

There is no winner

if anyone loses. We know this.

The alternative is inherent

Today would not be too soon.

Stop trying to get ahead

since it is costing you everything.

Is it time for a leap of faith,

without an objective to get ahead?

Who would you be being

without objectives and goals

to define your invented reality?

Maybe an even better idea

would arise. You never know.

Yes, we will die anyway.

Turns out that isn’t the point.

instead of racing, pretending,

doesn’t it. Where is that

yet it is closer than we thought.

what you love and in that,

everything. What if we missed

the point? Is there a point?

We keep making up new

stories to justify the cruelty.

Yet as cruel as we are to

ourselves, we should start

This isn’t what we once thought.

may be one of the most important

decisions of our lives.

The word overculture is from Dr. Clarissa Pinkola Estes:

“I coined the word Overculture many years ago to speak about the grid that the overculture slams down or sometimes subversively dreams down over the spirits and souls of human beings… in order to diminish them, set them into matchboxes, exhort them to behave, or else.”

What metaphor are you living in? Is it unconscious? Chosen? Default? Old news?

Are you in a race, a dance, a dare, a fight, a battle, a weave, a garden, a test, a path? IF we can get conscious about how we are operating we can change the operating system, exit the matrix that is not supportive and create new cultures with the others that are waking up.

Sent with hope in the tip of my paintbrush,